What are Cosmic Rays?

Galactic cosmic rays are the high-energy particles that stream into our solar system from distant corners of our Galaxy and some from outside the solar system. The Earth atmosphere serves as an ideal detector for the high energy cosmic rays (CRs) which interact with the air molecule nuclei causing propagation of extensive air showers. The primary CR particles interact with the molecules in the atmosphere and produce showers of secondary particles (mainly pions) at about 15 km altitude. These pions are decaying into muons which are the dominant particles of radiation (about 80%) at the surface of the Earth. In recent years, there are growing interests of exploring applications of cosmic ray measurements near the surface of the Earth: 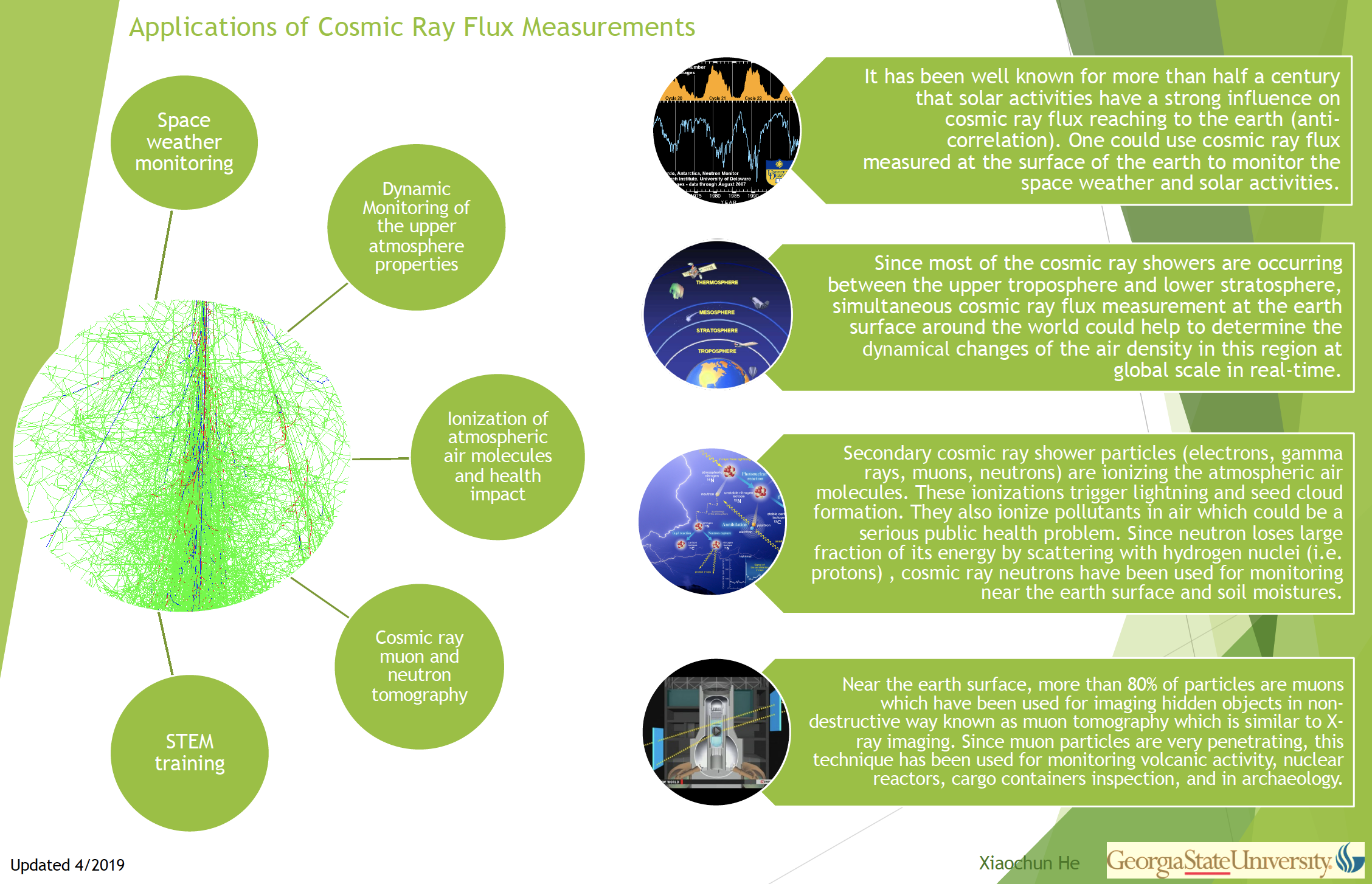 The Nuclear Physics Group at GSU has been developing novel, low-cost and portable detectors for cosmic ray muon and neutron flux measurements. Thanks for the innovative detector design, these detectors cost less than the cost of a new iPhone. This makes the study of cosmic ray radiation no longer limited to the settings of nuclear physics labs. It is feasible to start establishing a global cosmic ray detector network to simultaneously measure the cosmic ray flux variation in real-time world wide. A few selected photos of these detectors are the following: 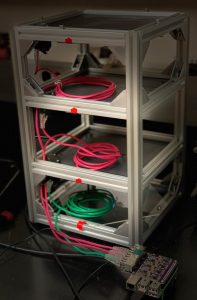 Cosmic ray muon telescope which consists of three layers of plastic scintillator (with embedded wavelength shifting fibers). The readout records the number of coincidences between the layers vis a custom-built raspberry PI hat. 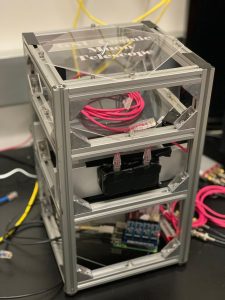 Cosmic ray muon/neutron telescope which consists of a neutron cell (using liquid scintillator) and one layer of plastic scintillator (with embedded wavelength shifting fibers). The readout records the waveforms vis a DRS4 which allows to identify neutron events.

In the meantime, a GEANT4-based Monte Carlo simulation, Earth Cosmic Ray Showers (ECRS), has been developed at GSU to systematically model CR showers in the atmosphere with the effects of the geomagnetic field variations. A sample of simulated event displays are shown below: 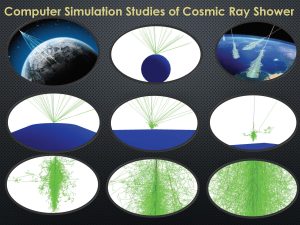 GEANT4-based cosmic ray shower simulations in the Earth atmosphere. Red tracks are for negative charged particles (like electrons), blue for positive tracks, and green for neutrons and gamma rays. Most of the green tracks are gamma ray.